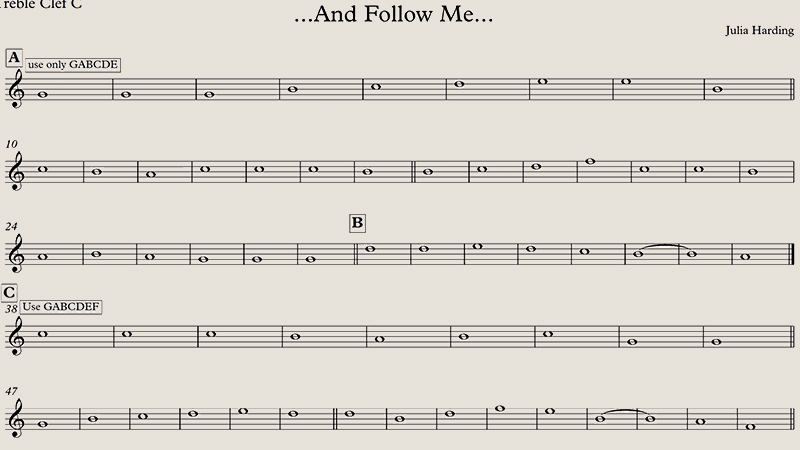 Performed by KEMS Contemporary at Chester Cathedral – Thursday 30th August 2018 as part of the Cheshire Artists Network War and Peace Exhibition marking the cessation of WW1 hostilities and to celebrate the coming of peace.

In December 1914, the Parliamentary Recruiting Committee issued a poster picturing a soldier encouraging men to enlist in the First World War with the words ‘Follow me! Your Country Needs You’.

The idea of ‘following’ implies a leader as well as a follower …young men were led into a war and expected to enlist whether they wished to or not, then giving themselves up to the command of their military leaders. However, from reading contemporary accounts, it is apparent that as soldiers lost their leaders in the conflict, they were compelled to form new relationships which meant constantly changing between following and leading.  At a more personal level, some found that their experience of war led to the deep questioning, or even the loss of, their Christian faith.

In …And Follow Me… the performers are divided into groups – one person in the group is the leader who improvises a tune on a given set of notes and the other members of the group imitate the outline of that tune but can add small variations to it.  All groups play the same musical material but start at different points, so it is difficult to perceive which group is leading or following the others.

The musical material is based on transcriptions of two plainsong extracts from the masses of St Peter and the Blessed Virgin Mary, reflecting the early and recent history of Chester Cathedral – these translate as ‘Mary was taken up into heaven; Angels rejoice, praise the Lord’, and ‘The Angel said to Peter, ‘Put on your coat and follow me’’.